Just yesterday, I got the following question on Twitter:

@rethinkdb is there any way to dynamically join a cluster? Trying to set up docker cluster, would be helpful to join after start.

The question makes complete sense. Often times, you start up a server and only want it to join a cluster later. For example, you might not know the host or port for one of the nodes in the cluster or you might want to add some data before having it join the cluser.

In this blog post, I’ll show you how to add a node to a cluster after the node has been started. We’ll do this using a RethinkDB proxy node, which doesn’t hold any data.

After starting “server_1”, we join it to “server_2” by passing the intra cluster address of “server_1” via the --join opt arg.

After executing these two commands, you can go to http://localhost:5000#servers where you will see that both nodes (“server_1, and server_2) are now connected. 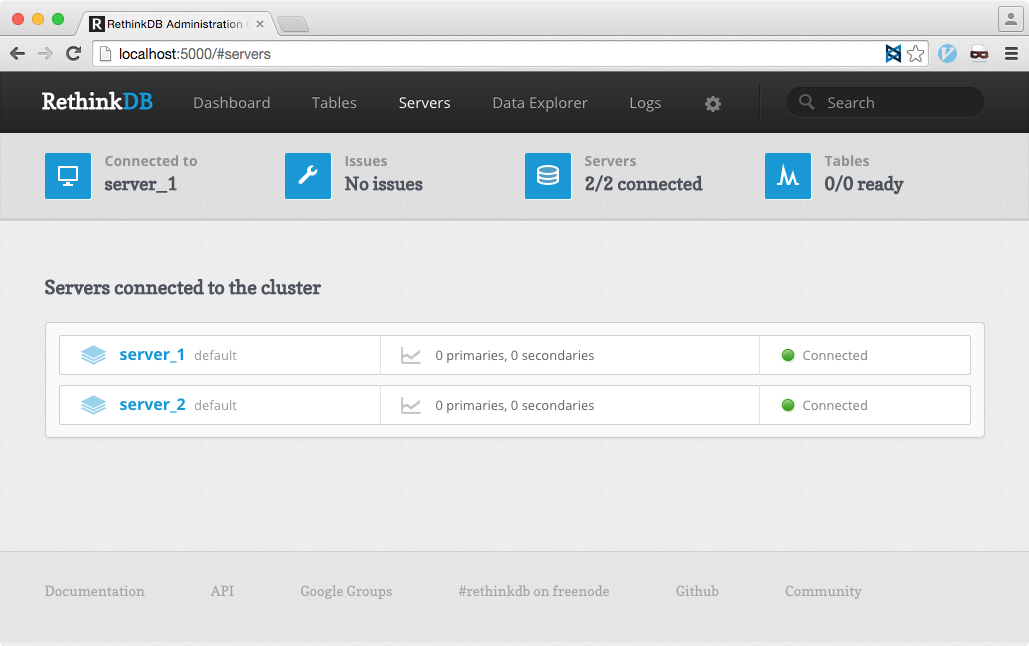 If you go to http://localhost:5001#servers (server_2’s web admin port), you will see exactly the same thing, because both servers know about each other.

After starting the server, we can go to http://localhost:5002#server and see that we have a cluster of 1 server with only “server_3”. 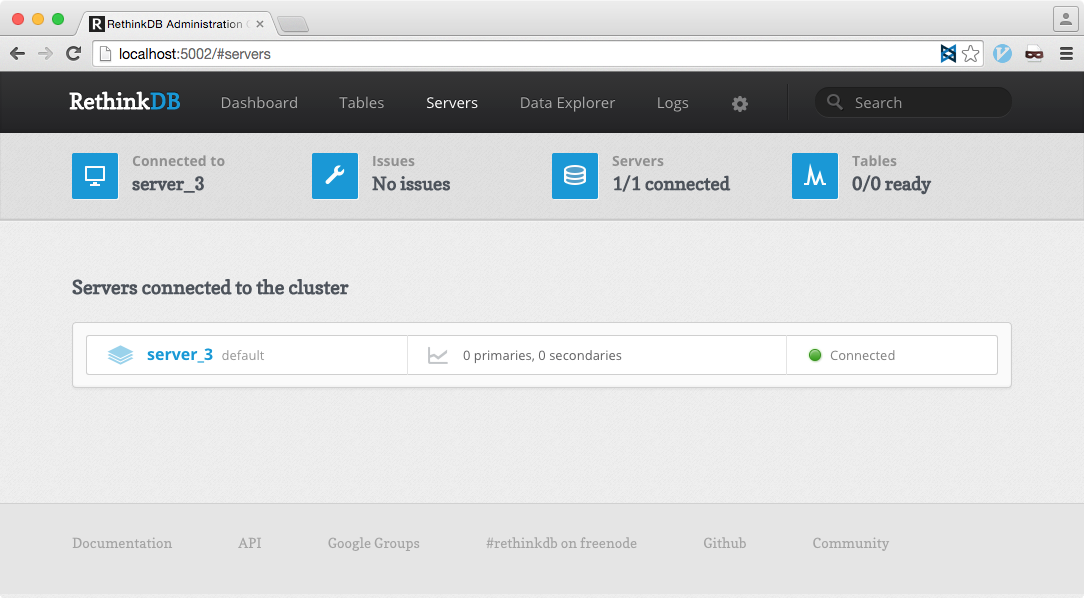 It’s important to understand that, because we didn’t pass a --join opt-arg to our rethinkdb command, we created a new cluster of 1 node. If this cluster had 2 nodes and we joined one node with another node in the other cluster, we’d have a cluster of 4 nodes, not 3.

After running this command, we can go the web UI and see that our new node is now connected to the rest of the cluster. 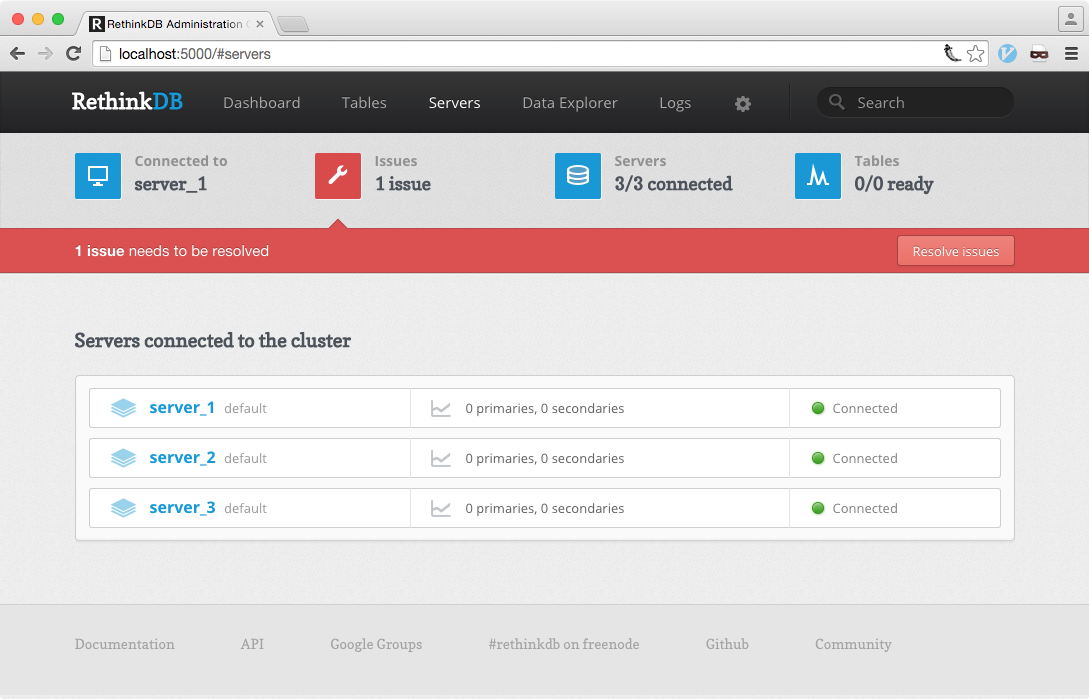 The only problem is that now, the UI is telling us there’s an issue in our database. If we inspect the issue, we can see the following:

The problem is that in both, our new node and our cluster, there was a database named “test”, so now there are two databases name “test”, which produces a name conflict. We can resolve these issues in the UI, by just renaming one of the databases. We can also resolve this issue using ReQL. In this case, we can use the following query to rename both “test” databases into “test_UUID-FRAGMENT”

Finally, after fixing all issues, you can shut down the proxy server. Since it’s a proxy server, it has no data and won’t cause any issues when shut down.

And that’s it! You now have a cluster of 3 nodes. While this is not as straight-forward as it could be, this is a good, simple workaround for joining nodes together.